Our company Contact After sales service Become a distributor 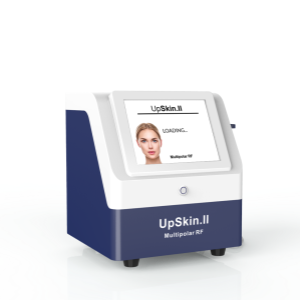 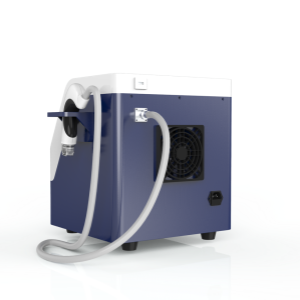 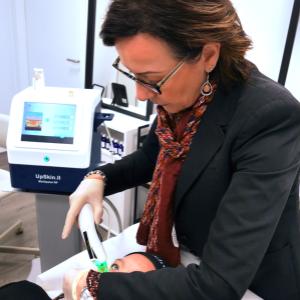 This makes it possible to heat a multitude of layers of the skin to a great degree at different depths. This results in better results in view of a more diffuse stimulation of collagen*.

Radiofrequency waves are electromagnetic waves, which transform electrical energy into heat once administered to the dermis. Fractional radiofrequency consists of causing a multitude of temporary micro-injuries, by generating heating in the dermis. This increase in subcutaneous temperature makes it possible to generate significant collagen stimulation.

Fractional radiofrequency a technique that is similar to fractional rejuvenation lasers. Its principle consists of causing numerous temporary micro-injuries (by heating) in the dermis in order to generate significant collagen stimulation. The treatment applicator is made up of a multitude of current starting points (pins). Since the heated depth of the skin is approximately half the distance between the source electrodes, the applicator varies the two origins continuously in order to heat as many depths as possible. This is not possible with bi/multipolar radiofrequency, with which the heated depth is constant. 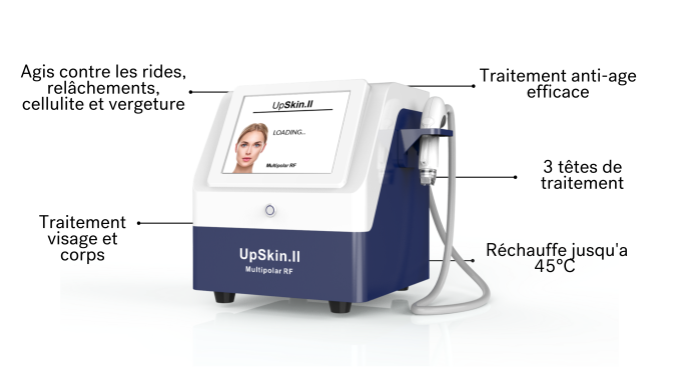 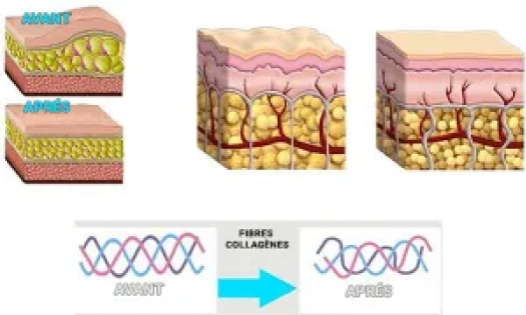 This technology uses waves to create collagen stimulation to help make the skin look tighter and smoother. A slight sensation of warmth will be felt. There is no discomfort during a radiofrequency session. No social eviction, but sometimes low intensity redness that lasts a few hours and that can be calmed by going under the LED light at the end of the session.

The tissues of the skin are lifted and the structural proteins of the skin have been regenerated. The session is not painful and there is no downtime. Sometimes a slight redness appears and lasts for several hours. The stitch can be soothed with LED therapy treatment.

An essential technology in any facial treatment!

Multipolar radiofrequency is a real must for those who offer anti-aging facial treatments to their clients. Both to treat wrinkles, cellulite and stretch marks, but certainly also to prevent them. I am a fan !

Fractionated multipolar radiofrequency will safely heat the deep layers of the skin to a surface temperature of around 40 to 43°C in face care and 45°C in body care, which will cause contraction and immediate retraction of the fibers. of collagen present which will thus be stimulated to produce new collagen fibres. The expected effect is firmer, smoother, younger-looking skin, with a "lifting effect" visible in a few months. Radiofrequency also influences the sebaceous gland causing a decrease in volume. It is therefore indicated in all cases where the quantity of sebum must be reduced (acne, hyper-seborrhoea, etc.). The production of collagen helps firm the skin, reduce wrinkles and make the skin smoother, hydrated and luminous. Fractional multipolar radiofrequency (RF) therefore has the main effect of tissue rejuvenation and body firming.

From the first session with our Upskin II, the results are immediately visible and permanent.

For all skin types

Effective technology on all phototypes and all skin types.

Intuitive and simple, the touch interface is an 8' LCD.

The advantages for you

Benefits for your customers

Prices you can practice

Suggested price for a session

From 90€ in facial treatment

Number of sessions for optimal results

Suggested price for a package

Conduct of a session

The client must not have been exposed to the sun in the 2 weeks before the treatment.

Do you need more information or a personalized offer?

Celestetic is the first Belgian medi-aesthetic laboratory. Our mission is to combine technological innovations with scientific progress so we can bring on the market truly effective professional products and solutions for the skin. Without fake promises, without telling stories. With transparency and honesty.

Ingredients effectiveness has been proven by science

For you to get a perfect knowledge of the technologies

equipment and products designed in accordance with European legislation

A long term and solid follow-up

Nothing matches your search 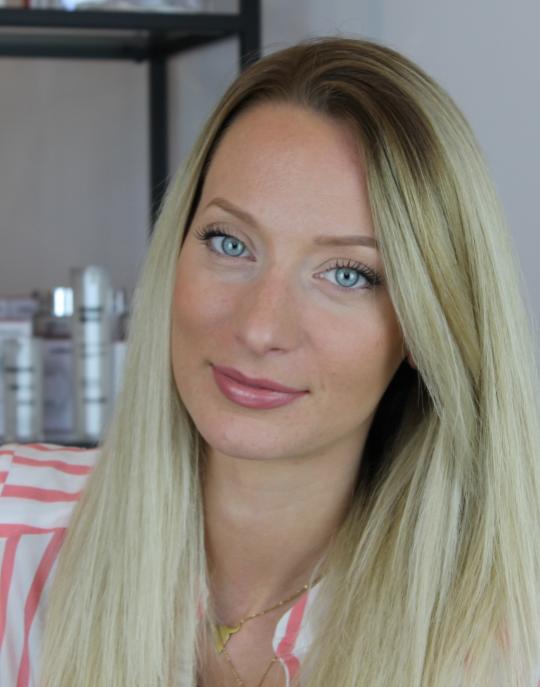 All about medi-aesthetic techniques